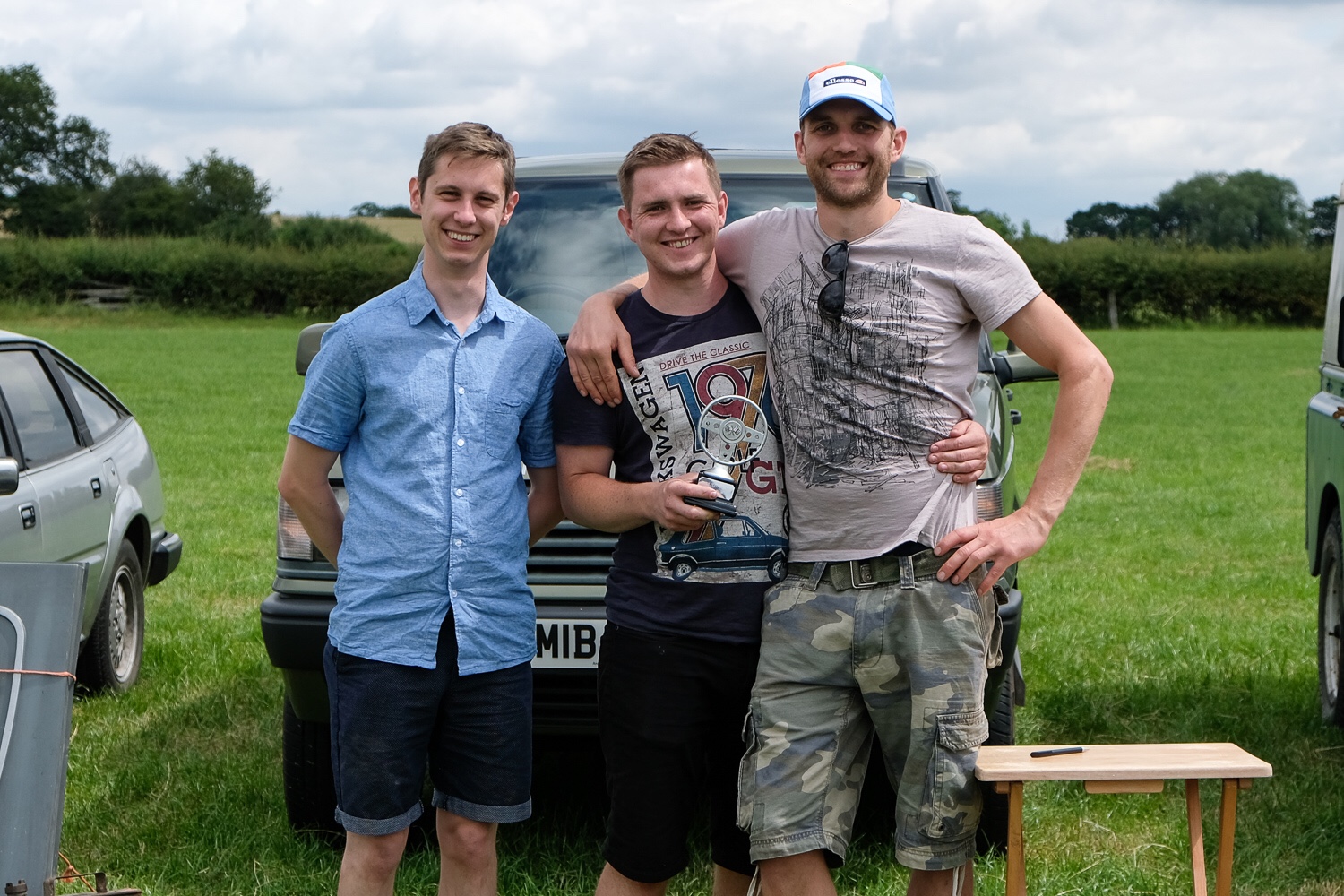 Winner of the TYRE Festival 2019 “Best in Show” trophy is Jon Dumelow in his newly acquired DAF 44.

All members who attended the weekend show were given a voting slip, where they penned the registration of their favourite vehicle. The DAF had been popular all weekend, a rather rare car especially interesting for its Variomatic gear box, but as head judge Beth Fewster (MMOC) collated votes it was seemed a three-way tie break would be on the cards. However, with one person still to vote and an early departee’s ballot not yet counted, the DAF came out on top. 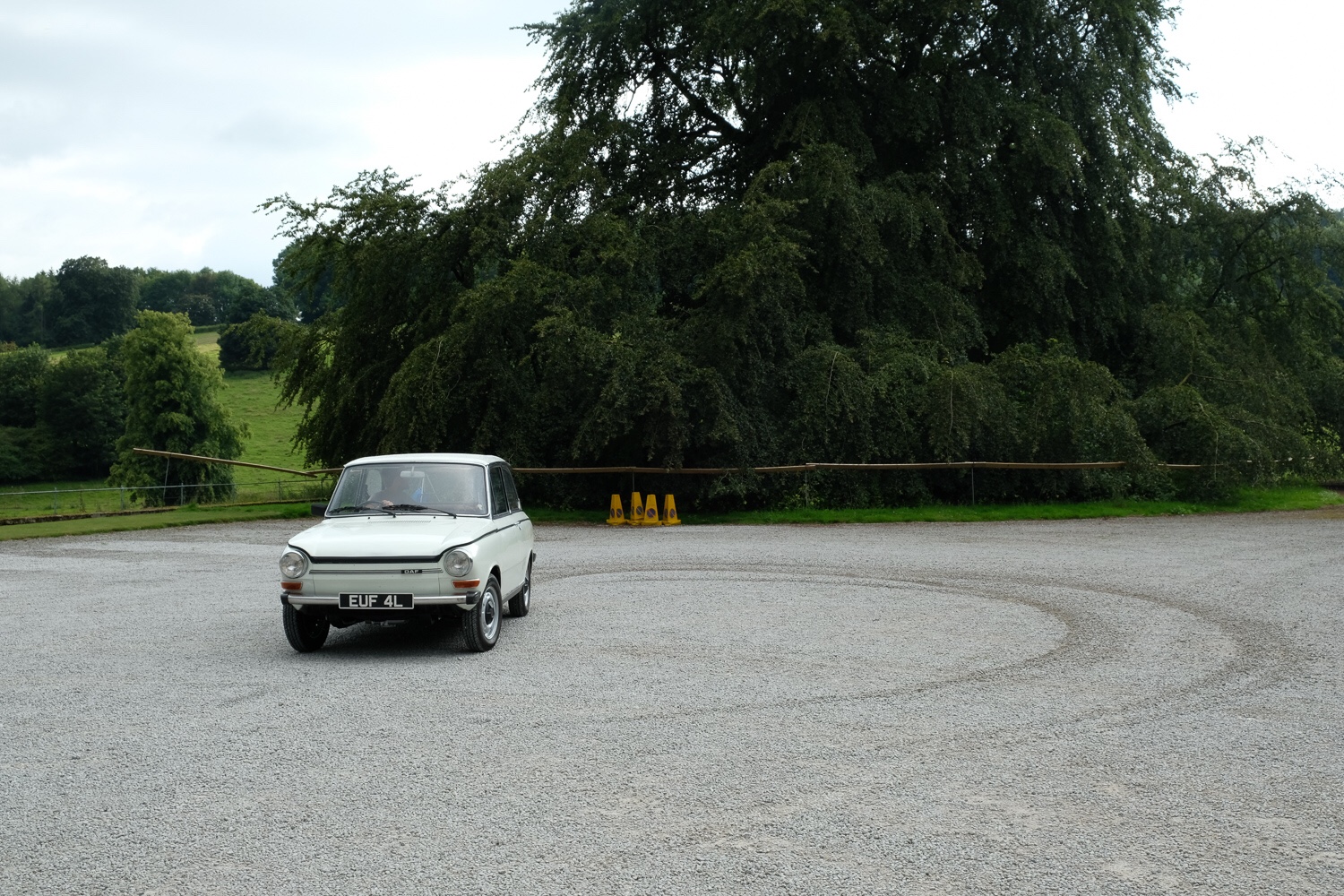 Jon (TR Register) was thrilled to win the award, having only recently purchased the 844cc flat-twin family saloon which was first introduced in the mid sixties. Several members tried their hand with the Variomatic gearbox over the weekend, which proves tricky in hill start situations – as Jon and his partner Liva found out after coming to a halt on an incline for to avoid a collision with a stray livestock! Much to the amusement of others on the run, the poor DAF had to back down the hill and try again. The sheep were considerably less fazed. 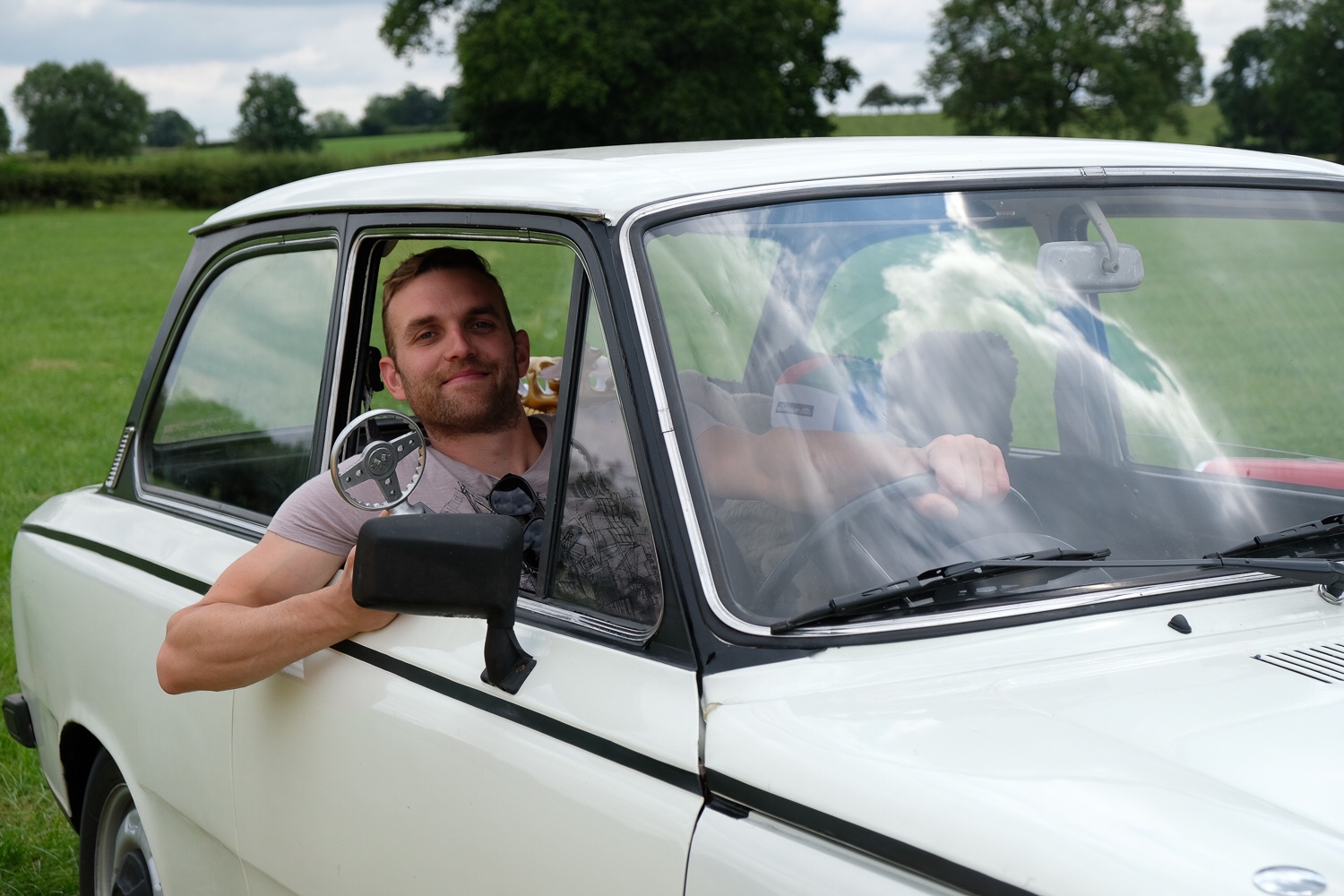 The organisers were particularly impressed at the variety of different cars on display over the weekend – the DAF sat alongside vehicles ranging from classic Moggies, TRs, Midgets and MGBs, more modern Land Rovers, and one of latest new vehicles being sold under the MG brand. It’s short wonder the voting was so close, as all the cars were well turned out and the members that spent the full weekend at the show got a good look at each of the vehicles before casting their vote on Sunday.

We wish Jon and Liva many happy adventures in the DAF 44 and look forward to welcoming them back next year. 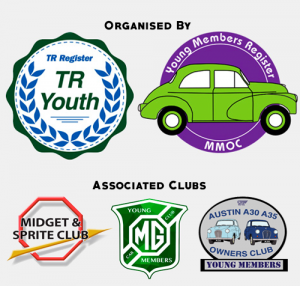 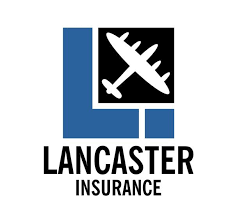